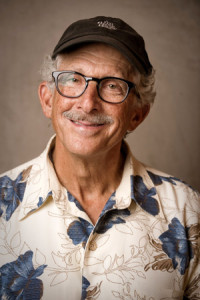 Neil Senturia is the classic serial entrepreneur. He has had three careers (unable to hold a job it seems) from writing sitcoms in Hollywood to real estate development and finally technology– nine companies as CEO or Chairman and another dozen that he has invested in.

Currently Neil is CEO of Blackbird Ventures, a small venture fund that is focused on very early stage companies.

Neil has taught entrepreneurship at San Diego State University (in the MBA program) as well as at the University of California, San Diego (Von Liebig School of entrepreneurism in the Division of Engineering) and is currently teaching entrepreneurism at Donovan State Prison. Neil is the author of three books about the lessons learned from his entrepreneurial journey– “I’m There For You Baby, the Entrepreneur’s Guide to the Galaxy,” list 2 nd and 3 rd books. Neil also writes a weekly column for the San Diego Union-Tribune.

Barbara Bry, the chief operating officer and chief financial officer of Blackbird Ventures, has been on the founding team of two companies and three non-profit organizations, and served one term on the San Diego City Council. Barbara was a co-founder of Atcom, the leader in developing Internet kiosks and high speed internet access in hotel rooms. The company was sold in 1999 in a transaction valued at $80 million and is now owned by Cisco. In addition, Barbara was on the founding management team of Proflowers.com, that completed a successful initial public offering in December 2003 as Provide Commerce  and was sold to Liberty Media for $477 million in 2006.

Barbara is also the founder of San Diego Athena, athenasd.org, San Diego’s premier organization for women technology executives and entrepreneurs. She spent 10 years at the University of California, San Diego where she was the first associate director of CONNECT, which has received international recognition for its efforts in linking technology entrepreneurs with the resources they need for success. She served also as the founding editor and CEO of Voice of San Diego, an innovative news and information Web site that has been featured nationally for its leadership in community based journalism.

In the community, Barbara has served on the board of several non-profit organizations including Planned Parenthood of the Pacific Southwest, the San Diego Jewish Community Foundation, and the San Diego Jewish Women’s Foundation. She and her husband Neil have entrepreneurship at UC San Diego’s von Liebig Center for Entrepreneurism and Technology Advancement at the Jacobs School of Engineering. She was a member of the Business Advisory Council for the Federal Reserve Bank of San Francisco and also was appointed by Commerce Secretary Penny Pritzker to serve on the National Advisory Council on Innovation and Entrepreneurship.

Barbara’s early career was as a business and political writer for the Sacramento Bee and the Los Angeles Times. She has a B.A. degree in sociology from the University of Pennsylvania and a masters’ degree in business administration from Harvard Business School. She is married to entrepreneur Neil Senturia, and their blended family includes four adult children, all married to people they love, and four grandchildren.

I’m There For You Baby Blog